By-election skirmish allows both sides to test plans for Australia

Australia
With a general election in the near distance, how the parties fight these contests will be telling
Share
Nils Versemann / Shutterstock.com

Australian politics continues to deliver the unexpected. With five by-elections imminent and a parliament where the government holds a majority of just one, these times provide both a further test for Labor’s opposition leader Bill Shorten and an opportunity to define the terms for the general election that is required within a year.

The test this time comes in the form of five federal by-elections to be held on Super Saturday. These were brought about after one Labor resignation and a high court decision that deemed several other members of parliament were likely to be dual citizens, and therefore ineligible for election to either house.

Though Labor, in my view, will hold their four seats and the fifth will likely swing from a third party to the governing Liberal party, the pressure is certainly on Labor to perform well.

The government still trails Labor in the published national polls. Bill Shorten has done what no other opposition leader of any party has done: win 30 consecutive Newspolls – the effective Australian political bible – against an incumbent prime minister. Not just once, but now twice. First against Tony Abbott and now against his successor, Malcolm Turnbull. It’s unheard of.

Yet the media commentariat, mainly neo-conservatives, egged on by the usual handful of water cooler warriors, has-beens and hand-wringers within Labor’s own ranks – many of whom think that being opposition leader is an easy gig – have set the bar for Shorten so that any failure in the by-elections should precipitate a leadership change. So, the stakes are unusually high.

The same, mainly Murdoch-owned, commenteriat also opined that Labor would lose the by-election in the inner-city Melbourne seat of Batman in March of this year to the Greens; Labor won handsomely with a swing towards the party.

Set against this background noise however are two very different visions for Australia’s future – ones that matter to voters with real-life challenges and opportunities.

Labor’s vision is championed by lawyer, former superannuation fund director, former national secretary of the Australian Workers Union and the Labor minister who delivered the National Disability Insurance Scheme – the biggest reform to the social safety net since the introduction of Medicare – Bill Shorten.

The two men are a generation apart. One of the people, the other patrician. One in touch, the other out of touch. Turnbull for the few and Shorten for the many.

Conservative cartoonists picture Shorten as a trade unionist – as if that’s somehow an insult while Malcolm Turnbull is frequently pictured by progressive news outlets wearing top hat and tails.

So, the leaders fit perfectly their respective visions for Australia.

Turnbull’s is a classic conservative pitch – a nod to trickle-down economics – headlined by the largest corporate tax cut in our nation’s history. This tax cut was taken to the last election and is yet to pass the senate – Australia’s upper house – yet is still the centre piece of his economic plan. No concession is given that many of these corporates pay little or no net tax in Australia already. Many are multinationals remitting profits abroad and, in a point of particular electoral concern, some of the biggest recipients of the tax cut would be the ‘big four’ banks, who are currently being excoriated by a royal commission into their past and current behaviour towards customers.

In typical Turnbull style, he was brought kicking and screaming to agree with Labor’s calls for a royal commission into Australia’s banks. He fought to stop one right up until the banks themselves asked for it to go ahead just to clear the air.

Shorten, by contrast, has announced significant tax reform aimed squarely at re-distributing wealth from the top 5 to 10% of society to the rest. Changes to tax concessions on investments, trusts and investors receiving cash-out dividend imputation credits have all allowed Labor to offer genuine tax relief to working families all while maintaining record spending in health, schools and tertiary education – both universities and trades training. He is also opposed to the mammoth corporate tax cut, while being able to support one for the small and medium sized companies that still make up almost 90% of all companies in Australia.

The current by-elections coming so soon after the budget and budget reply allows Labor to campaign not only on local electorate issues but to fight on the issues that will now define the general election, which is due within the next year but could be held as soon as this August.

Though the pressure appears to all be on Shorten, the effect of winning all four seats also sets up a perfect judgement call on Malcolm Turnbull and his alternative plan for Australia.

Turnbull’s coalition may well be sensing this risk too. They have announced they won’t contest two of the four Labor/coalition by-elections. The Greens represent the only significant risk then to Labor in those contests.

The by-elections are slated for July so the next few weeks will be consumed with electioneering in four of our 7 states and territories.

As my most recent piece for State of the Left said earlier this year, the current round of state elections will be the precursor to the title fight of Australian politics. These by-elections, though, will provide an invaluable insight into the way in which each party will fight the general election and, for those of us hoping for a Labor win and a Shorten Labor government, we are trusting in getting four from four in July.

By Cameron Milner
Cameron Milner has been involved in 31 election campaigns for the Australian Labor Party. He served as the Labor State Secretary (Campaign Director) in Queensland from 2000-2004 and more recently as Chief of Staff for Federal Labor Leader, Bill Shorten. He runs a bi-partisan political strategy firm.
Keep Reading 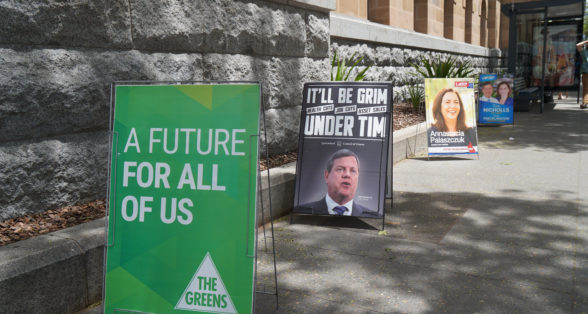 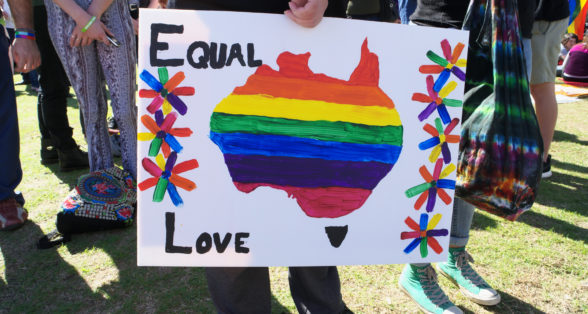