Australia
With the national election drawing nearer, all eyes are on the upcoming state votes
Share

With the title fight of Australian politics, the national election, still up to a year away, the undercard fights of the state elections in Tasmania and South Australia in March and Victoria in November 2018, will be closely watched by all sides.

The federal electoral scene continues to see national polls pointing to a Labor victory. The conservative Prime Minister, who deposed his predecessor by pronouncing ‘the coalition has lost 30 Newspolls in a row’ is currently sitting on 26 Newspoll losses in a row to Labor since the 2016 general election, with only a couple of months on this course until he too passes that mark.

But it is not yet in the bag for Labor, and the next few months will be telling.

In what will be a rough few months for Labor at the federal level, with MPs who may fail their dual citizenship test likely to cause unwanted by-elections, a renewed confidence within the economy, and the Liberals federally ending 2017 ahead of very low expectations, both sides will be looking to the state contests to pick up on trends, test campaign apparatus and divine electoral support.

The upcoming votes on 3 March in Tasmania and on 17 March in South Australia will be closely watched for a continuation or break from the direction set by the recent Queensland state election on 25 November, when Labor improved its position after a hard fought campaign.

The Queensland election saw a first-term minority government re-elected with a majority and witnessed – for the first time in Australian history, the re-election of a female premier, Annastacia Palaszczuk.

Her predecessor Anna Bligh, now a corporate lobbyist for the banking industry, narrowly won her first election in 2009 as an incumbent who had inherited a large majority from her predecessor. But at the following election, she took Labor to its first ever defeat, winning just 7 out of 89 seats in 2012.

It was from this difficult start that Annastacia Palaszczuk rebuilt Labor’s majority in Queensland in just five and a half short years, while also forging a historic path for women in Australian politics.

The Queensland result is telling for those of us concerned with politics federally, as Labor defeated not only the traditional conservative Liberal National party (LNP), but also fought off the larger threat of the race-based, rightwing protectionism of Pauline Hanson’s One Nation party.

In a desperate bid to defeat Labor, the LNP undertook a preference deal with the far-right One Nation. However, this lost the Liberals significant votes in the more metropolitan areas of south-east Queensland, while failing to deliver more than one seat to One Nation elsewhere in the state, with none swinging to the LNP from Labor.

The LNP went back further in Queensland, not only losing three seats (taking the party from 42 to 39), but more importantly suffering a 7.6% swing in primaries (first preference votes) against them.

The two state elections coming up do have some subtle differences, however.

In Tasmania, governments are elected by five multi-member electorates, based on the boundaries of the five federal electorates in Tasmania, who each elect five MPs through proportional representation.

The incumbent conservative Liberal government is seeking re-election, currently holding 15 seats, with Labor on seven and the Greens, three. On the federal level, Labor holds four of the state’s five electorates, with an independent holding the last.

Recent polling for the state election shows Labor neck and neck with the Liberals on primary votes, a huge turnaround since 2014. The Greens have also seen their vote improve. However, Labor has refused to negotiate a minority government with the Greens – there’s a long and bitter history between the two parties so Labor must win in its own right.

Labor’s resurgence in the state has been largely credited to Rebecca White, who some have called the ‘Jacinda Ardern of Tasmania’. She has boldly taken on the pokies (the slots industry) with an anti-gambling campaign while also promoting a clear Labor agenda of jobs and economic growth. Her new style of politics has put the party firmly on the hunt for victory.

In South Australia we see almost the reverse situation, with a longstanding and now deeply unpopular Labor government is seeking re-election. Major issues include unemployment, the party’s failure to pass a new bank tax, and the general vulnerability of the energy network, which is still in transition from coal to renewables (principally wind power) and has seen blackouts and power spikes across the state.

Labor’s chances of re-election had been kept largely alive by the even less appealing Liberal opposition.

However, that was until independent and one-man political brand, Nick Xenaphon, former senator for South Australia, decided to make the move from federal politics back to the state level. He plans to run for a marginal Liberal-held seat to enter the state parliament.

Xenaphon has always had a strong third-party presence in South Australia, initially being elected to the state’s upper house on a ‘no pokies’ platform in 1997, before entering federal politics as a senator in 2008.

Since the nineties his party has morphed into a force known as Nick Xenaphon’s SA BEST. They claim to want to be ‘the balance of power, but not in power’ – an Orwellian level of spin only an ‘independent’ can wield.

This force has seen the Labor and Liberal primary vote crumble in South Australia, as SA BEST benefits from the anaemic state of SA politics. The most likely result is that SA BEST will chose the next governing party, following the March poll. In a parliament of 47 members, the party has said it will only run in 20, thereby enforcing its public position of not wanting to govern.

In South Australia, Labor will preference the Liberal party in an attempt to keep Nick Xenaphon out of parliament. However, this is likely to have the inverse effect, confirming his electoral ‘hero’ status amongst disillusioned voters.

Xenaphon has an anti-worker, anti-union philosophy and is arguably a centre-right populist with a barely managed image of his own self-importance but, importantly, he is no Pauline Hanson and carries none of the racial opprobrium.

The Victorian election is still some months away but will be a tight contest. Labor is under challenge in traditional urban areas from the Greens and the outer suburbs will again be a traditional fight between Labor and the Liberals.

The importance of a strong result for Labor in the leader’s home state cannot be understated, albeit that Bill Shorten’s home state has been punching above its weight federally for a while now.

In the ultimate title fight for progressive politics in Australia, it is great to have achieved marriage equality, even with an appalling process, but the real game is regaining control of the federal government.

Whether Labor can achieve that will be determined by many factors – not least whether the Liberals keep Malcolm Turnbull past his own ‘30 Newspolls in a row’ timeframe – but these state results will have a very serious bearing on the policy thinking, campaign tactics and ultimately the result of the next Australian federal election.

By Cameron Milner
Cameron Milner has been involved in 31 election campaigns for the Australian Labor Party. He served as the Labor State Secretary (Campaign Director) in Queensland from 2000-2004 and more recently as Chief of Staff for Federal Labor Leader, Bill Shorten. He runs a bi-partisan political strategy firm.
Keep Reading 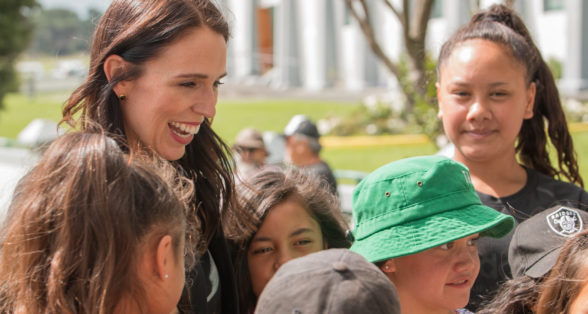